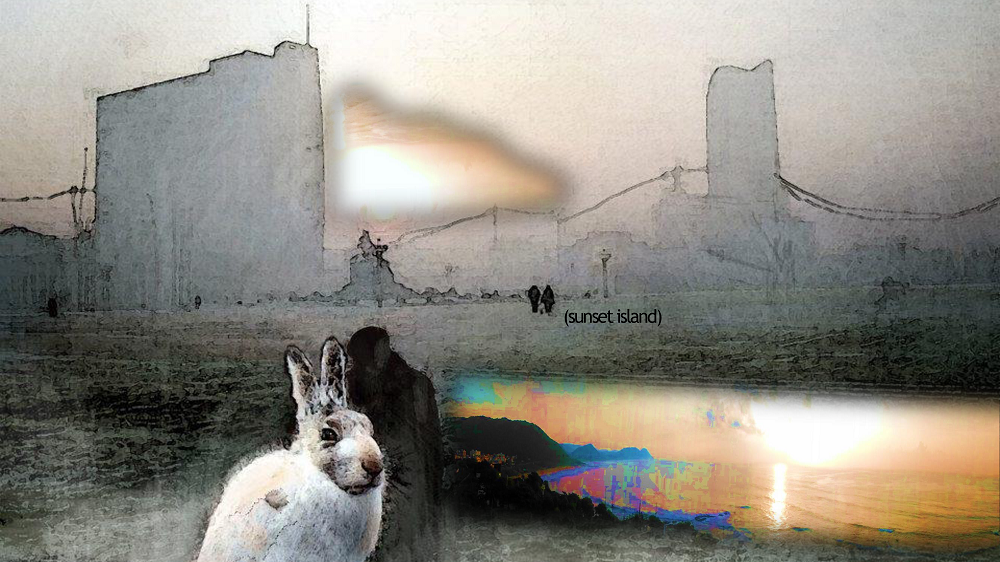 Hummel´s collaborative work comprises of textual and visual fragments sent by participant all over the world. What do people think and feel when watching a sunset? Are all sunsets the same? How does our digital culture affect the ways we experience an analogue event?

Kathryn Hummel is Australian writer and researcher with a background in Social Sciences. Her works often address themes of gender, postcolonialism, urban spaces and travel. In Fall 2019 Nokturno welcomed Hummel and her project Sunset Cento to the Digital Residence. She worked at the residence from November to the beginning of December.
– The way I experienced the concept of the digital residency was interwoven with how I conducted my regular analogue life, what I observed and even my habitual digital life, Hummel tells us.

Sunset Cento addresses questions of place and authorship and how they can be approached in the context of the digital era. The project began with an open call for poetry in diverse forms about the topic of sunset. Cento is a literary form known since ancient poetry. In cento the author combines and borrows fragments of other authors texts in creating a new poem. In her project Hummel saw herself as realising the function of an assembler.
– As a text as well as digital poet, the subject of the cento caused me to reflect on deconstructivist theory and the processes of bricolage and assemblage as my main function as resident. While I had come across these concepts before, the praxis involved was illuminating.

Participants from all over the world in Hummel´s work are acknowledged in every cento.

Sunset Cento expands the concept of cento into the digital world, both in the way the open call was realised and through the genres and methods of poetry present in the work.

In all art medium chosen by the artist is part of the work itself. In Hummel´s work Microsoft´s presentation tool PowerPoint became the medium.
– I have been exploring PowerPoint as an artistic tool for years and am familiar with its limitations and benefits. Presenting the centos through PowerPoint again made me focus on structuring as opposed to authoring: for all its labor intensiveness, somehow the centos bear the mark of their medium, which I found was an interesting contrast against the overwhelming natural magnificence of sunset.

Here you can explore the nine-part work created by Hummel and her collaborators. Web design of the work is by Teemu Tuovinen. As our previous poets-in-digital-residence Kathryn Hummel also kept a diary from the process. You can read it at the project´s home page.

Nokturno´s Digital Residence is a virtual residency program that adapts itself to the needs of each poet-in-residence. Since 2017 the program has given poets interested in intersections between poetry and the digital chance to explore their practise and new forms of poetry. Works from our previous poets-in-digital-residence you´ll find here. Nokturno´s Digital Residence is funded by Kone Foundation.